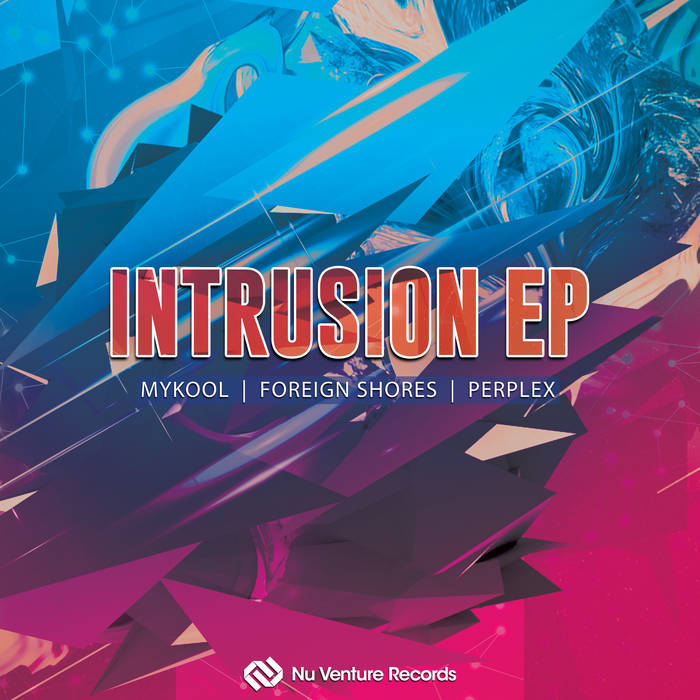 [A] Foreign Shores - Overload:
Opening the EP is NVR newcomer Foreign Shores, with his debut release Overload, to officially announce his name on the DnB scene. Featuring twinkling arpeggios, lofty percussion and distant celestial sounds, to build tension for the listener that finally gives way as the track drops into a barrage of ripping bass synths. Dominating and commanding the dance floor, the dark bass line is complimented with crisp drums that punch through the mix. This sinister drum & bass track gets a moody progression at the breakdown as the arpeggio slows down, detunes and leads into the second drop that unleashes a fresh set of tearing bass combined with intensified drum work.

[B] Perplex - Shit's About To Go Down:
Bristol based producer and DJ Perplex, makes his label debut with his hard hitting bass heavy track, Shits About To Go Down. Inspired by the vocal sample that was the foundations behind the idea, Shits about to go down drops hard with snappy drums, huge basslines and a funky synth lead, that all contribute to this dance floor smasher. As well as being a stand alone track this one is also exceptionally DJ friendly and lends itself to creating big double drops in the mix.

[C] MYKOOL - The Intruder:
Completing the EP is two times NVR release artist MYKOOL, who returns for his third installment on the label, with his production style taking an alternative direction on this occasion. The Intruder is a unique Drum & Bass Parody, which becomes apparent from the vocal sample that is intentionally designed to ridicule the listener. From the drop the irony levels are decreased, through the introduction of Nosia inspired heavy hitting drums and genre defining modulated bass, as this dynamic track develops into a combined Jump Up and Techstep monster. Combined with subtle layered melodies and the satirical vocals, plus sinister synths to give this track it's distinctive bouncy but eerie style.

Bandcamp Daily  your guide to the world of Bandcamp